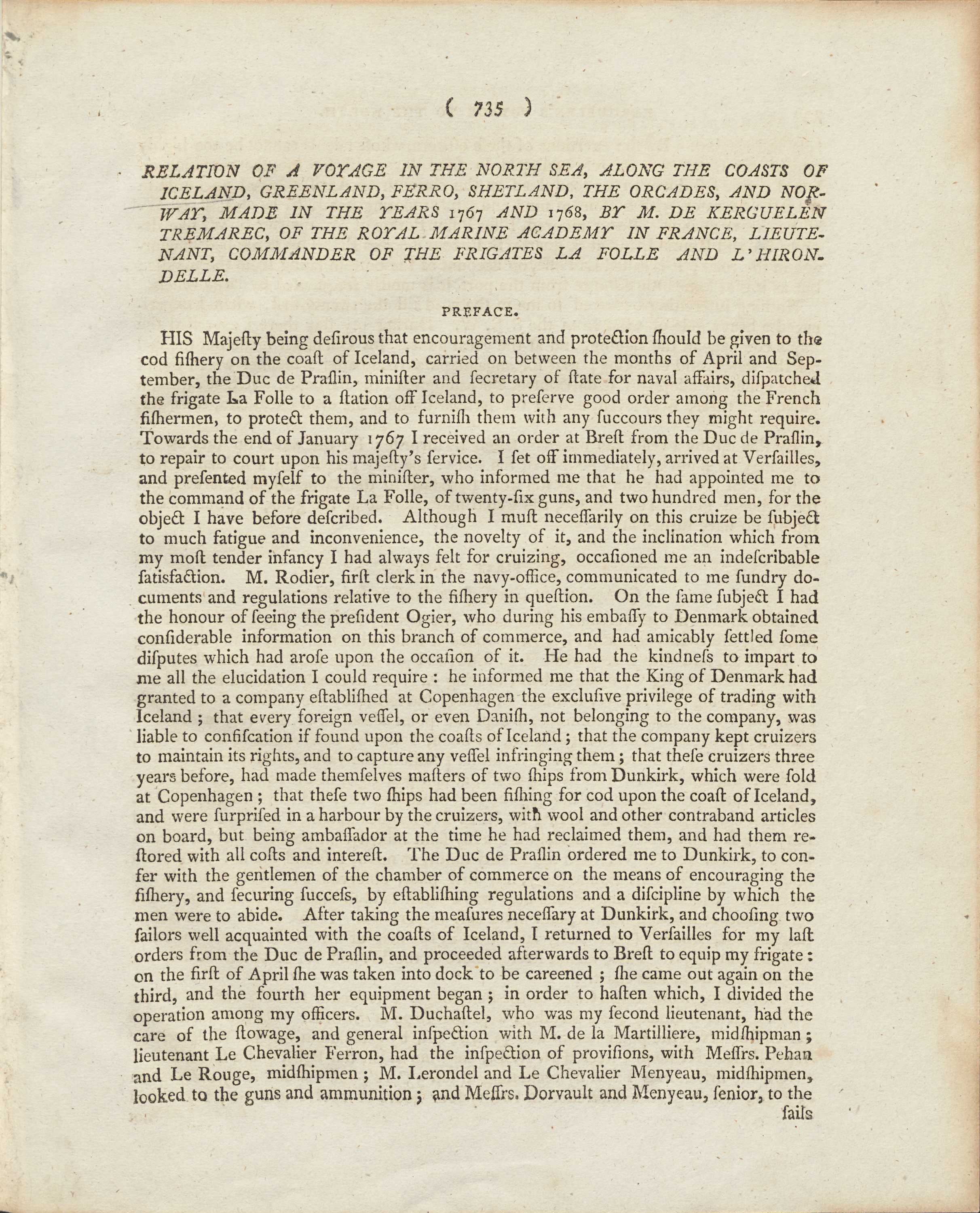 Relation of a voyage in the North Sea, along the coasts of Iceland, Greenland, Ferro, Shetland the Orcades, and Norway, made in the years 1767 and 1768